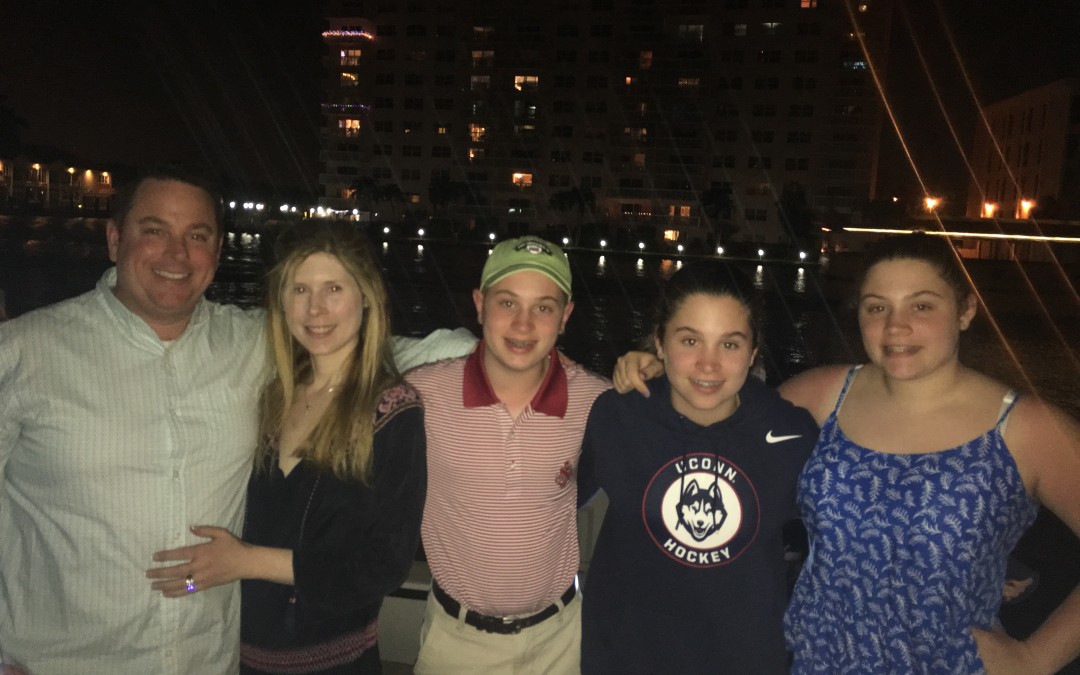 Fourteen years ago today I found myself waking up in my own bed for the first time in six weeks, “Why don’t you go home and get some sleep?” The Labor and Delivery nurse said to me. “Your kids have a long night ahead of them and your wife will be out of it for a while.”

I agreed and said goodbye to the three people who came to the hospital after midnight to be by our side on one of the most stressful and amazing nights of our lives; my mother in law Norma J Hart, my sister Mia Volpe, and my brother from another mother Nick Cappiello. They say you find out who your true friends are when they are there for you regardless of circumstance; well that was certainly the case on April 16 2002 when each received a call from me that went something like this:

“Do you know what time it is? Why are you calling so late?”

“I am bleeping freaking out. Nicole’s 3 centimeters dilated and the babies are coming.”

Three babies. To say that our lives were about to change was the under statements of under statements. The truth is we had no idea what we were in for. They were making an appearance nine weeks early; they wanted out.

Just six weeks earlier, the premature contractions my wife was having could no longer be dealt with by bed rest at home. She had built up a tolerance to the medication she was allowed to take at home and had to go on magnesium; a general muscle relaxant that has to be given under Doctor supervision. She described the experience like this, “I feel hungover all day long, every single day.”

After six weeks on that stuff, her own body started failing. We made it two thirds down the field and the ball was now in the hands of Doctor Richard Viscarello who I saw after I donned a surgical gown, scrubbed my hands, and entered an operating room for the first time in my life.

Before walking in, the nurse advised not to look to my left and let me tell you, that’s some damn fine advice. Me being me, I look and see something akin to a crime scene. I’ll spare you any more details. The put me on a stool next to my wife’s head; thankfully there is a curtain up so we can see anything going on below her neck. She’s awake and stoned out of her mind.

“Where’s the other Doctor?” The anesthesiologist asks.

On the weirdo scale, I have to imagine that anesthesiologists score off the charts. I hate to generalize, but every one I have ever met is typically a little out there. Its almost as if they have the following philosophy, “A little for you, a little for me.”

When you deliver multiples as early as my wife was about to deliver, you need three doctors present; our Doctor and the hospital’s NICU resident were there but we were waiting on a third before Nicole could “deliver.”

This is what the anesthesiologist was afraid of; the painkillers he had given her were starting to wear off.

“Give her the good stuff,” Dr Viscsrello says.

The guy goes to his magical table, fills a syringe and injects it into my wife’s line. A second later she’s on another planet. Years later she would recall, “I know why people so drugs. They are magnificent.”

The third Doctor arrives and it is showtime. Grace comes first and I’ll never forget her cry as long as I live. The nurse shows me and Nicole and then quickly takes her away. Next up is Patrick followed by Maggie. At 2:07, 2:08, and 2:09 in the morning we became the parents of three babies who had an incredibly long night ahead of them.

Nicole was patched up and wheeled into a recovery room. On the way out she sees Nick and Mia, “Hey what are you guys doing here?” But she was slurring her words and sounded like one of The Californians from SNL, “Wha ear youuuuu doooin hyere?”

She was incredibly thirsty but could only drink tepid water seeing as minutes earlier all of her insides were actually outside and cold water running through those insides which were recently outside is ill advised.

As she recovers, I work with the nurse to help fill out the birth certificates and the kids are officially named. The kids. The thought that they were upstairs battling for their lives was a lot to handle and I was eager to see them. Once they were stabilized, they allow us to go up and visit.

I have to scrub up again and adorn another gown. This would be my process for the next five weeks; walk in and hang up my coat on a hook, roll up my sleeves and wash my arms up to my elbows, put on a sterile yellow gown and then spend time with each baby. But I’m getting ahead of myself. The night of their birth there was a strict look but do not touch policy and we obeyed it.

I have pictures from that night which are incredibly difficult to look at now considering how tiny these guys were (funny saying that now).  Maggie weighed in at a whopping 3lbs 10oz followed by Grace at 3lbs 5oz and “Paddy GoGo” at one full pound lighter than Maggie, 2lbs 9oz.

Throughout the course of the next four or so weeks, they were our little fighters. Day by day they got stronger and bigger (although they would all be discharged just under 5lbs – thank you CIGNA I’m sure you really know what’s best). Ask me someday why I hate insurance companies but be prepared for a lot of swearing. I digress.

I would come in to the NICU just before going to work at MasterCard and spend time with each of them. After suiting up, I would sit with each starting with Patrick, moving over to Grace, and ending with Maggie. I would sing to them and they would respond usually by crying. It goes without saying that I don’t have much of a singing voice but they made me happy and I always sing when I’m happy.

I would then go to work and repeat the same activity after leaving. I would come to the NICU at 7 and return around 7. Later on the NICU nurses would admit that I came during shift change and this typically wasn’t allows but because they liked me so much, inspite of my singing, they let it slide.

And speaking of work, I’ll never forget how I was treated by my manager. I won’t share her name but one day she dragged me into a conference room to give me a formal verbal warning about my performance since people had noticed I was often tired at work and had a hard time concentrating in meetings. The lack of sensitivity I was shown will never, and I mean never, be forgotten.

After a month or so they are ready to come home for the first time. Maggie comes home on a Friday followed by Grace and Patrick on Sunday, which was Mother’s Day. 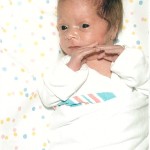 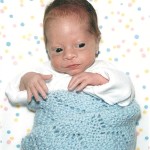 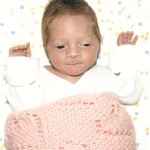 They had to eat every 3 hours and Nicole and I worked as a true team. The feedings in the middle of the night were the hardest as we did them half asleep. Then finishing the third, it was almost time to start the first again. We didn’t sleep that much our first year; the five of us were just trying to survive.

Today they turn fourteen. I remember their first birthday party when they were happy just to have an Elmo cake 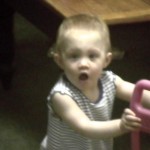 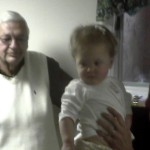 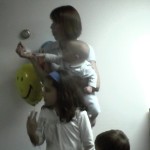 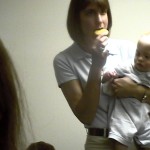 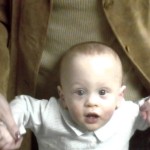 Now their present requests could bankrupt a small nation, but I wouldn’t want to change a thing. Ever.