Injustice at the Courthouse 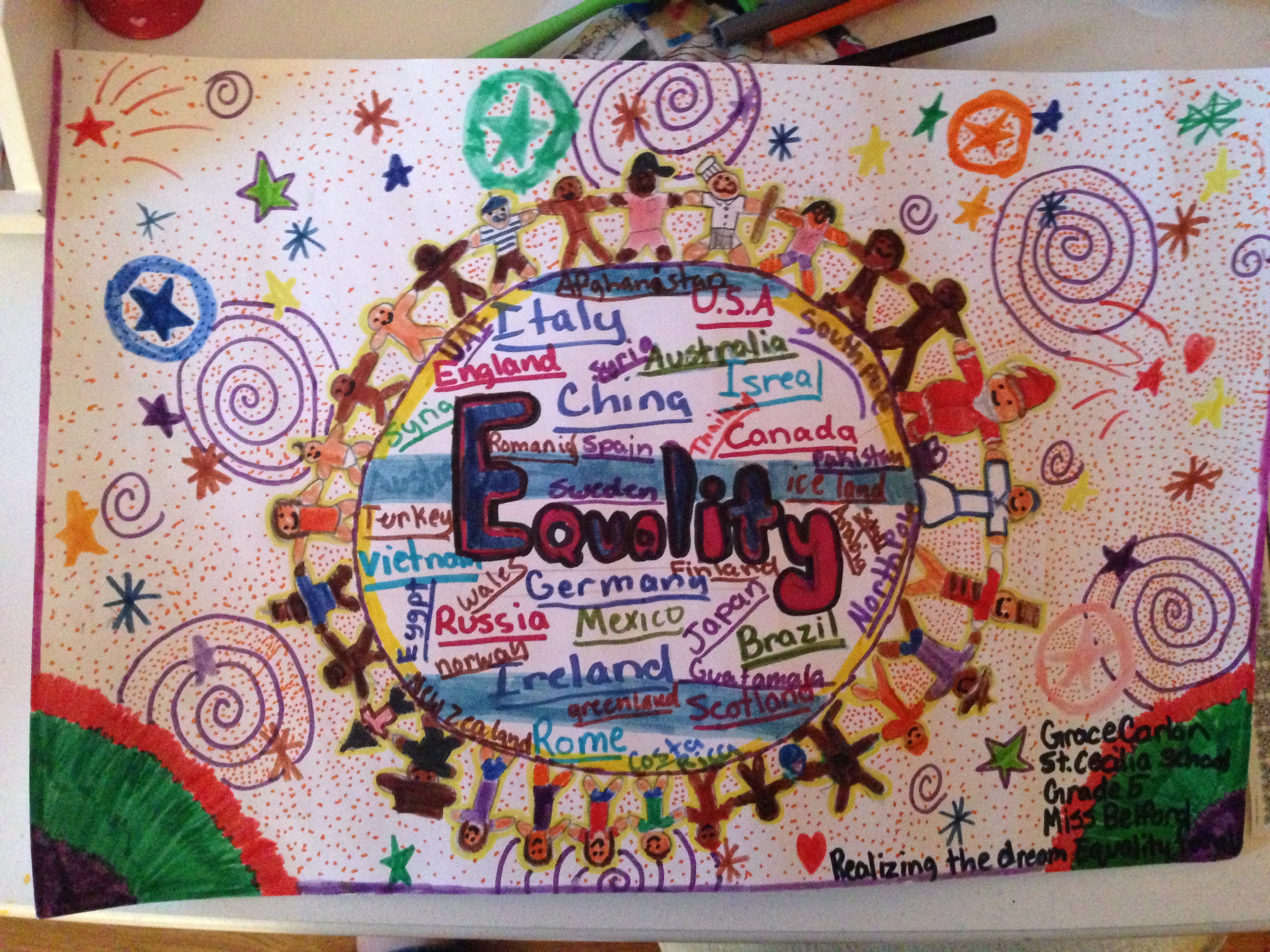 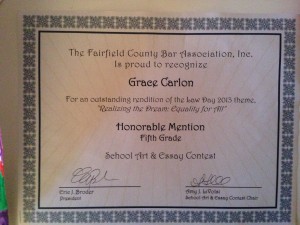 Yesterday, I spent the morning at the courthouse. Wait, let me explain.

The Fairfield County Bar Association sponsored “Law Day” in the city of Stamford yesterday as an attempt to excite our youth about the legal profession. As part of this monumental undertaking, the association held a contest where students in Stamford and Norwalk schools were asked to submit either an essay or artwork around the theme of equality.  Our resident artist Grace won an honorable mention for a poster she drew and we, as well as the families of the other winners, were able to watch our children receive their awards from the association.

“Where is the injustice in that?” you might ask.  Hold on, I am getting to that!

Upon entry into the courthouse, I had to go through a metal detector.  Given how much I travel, going through these motions is like second nature; I had my belt and shoes off and all metal objects and bulky items out of my pockets minutes before I had to! Then, tragedy strikes. After successfully passing through the metal detector, I was told that I could not bring my coffee with me. “What?” I asked nervously as it was my first cup of the morning and I typically need about two to start feeling normal. “Them’s the rules young man,” I was told by the security guard.

I reluctantly gave up my coffee and went to join my wife and daughter in the waiting area. Then I saw something that set me off, the fellow behind me was allowed in with his cup of Starbucks. At first I thought it was coffee discrimination because I only had a lowly Donut Delight cup but Mr. Starbucks, in all his robust yet burnt glory, is allowed to prance right in unquestioned.  Spare me this mockery of justice I mumbled to myself. “Let it go,” my wife begged of me but I could not let it go (then the terrorists would have won). I went up to Mr. Starbucks, as if it was his fault, and asked him if they questioned him about his coffee. “No,” he replied. “They let me right in.”

Now I am not a guy who has a problem with rules; if there is a rule about something I typically follow it (within reason of course – every now and then I will make a right turn on red even when a sign says no turn on red – but I always look around for the 5-0). That said, I do have a problem when rules are not applied equally.  The fact that “Starbucks” was admitted while “Donut Delight” was filed in the circular bin tipped the scales of justice for me and I could not let it go!

Just as I was about to say something to the security guard, Grace and the other students were told to go up to the sixth floor and have a seat in courtroom 6A.  I decided to go up with the family instead of cross-examining the security guard.  He won this time.

Everyone had a seat in the courtroom and prior to giving out the awards a judge gave a 10-minute talk about the history of equality in our country (recall that the students were there because of essays or artwork that had to do with equality).  His Honor focused on the plight of equal rights for women as well as equal rights for African Americans and the struggles both faced in obtaining equality in our country. It was an inspiring talk that made me feel like a fool for making such a big stink about being separated from my coffee on the way into the courthouse.  At the end of the day I felt ashamed about my reactions to “Carlon Vs. Stamford Courthouse” but every cloud has a silver lining; I left truly inspired by the essays and artwork of a diverse group of students.