A Total Eclipse of Values 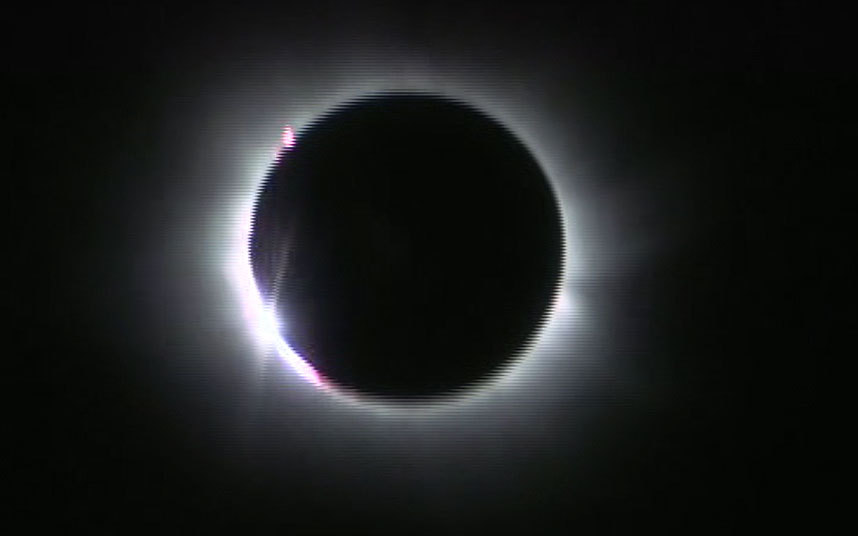 A total solar eclipse will cross the US today for the first time in almost 100 years. While it is the first time in a century that this celestial event can be seen across the US, total solar eclipses happen every two years.  That the moon will pass between the earth and the sun is nothing to be concerned about, it’s a natural and predictable event. However, there is an eclipse that has been on display here in the US for a while that is an eclipse of our values – and unlike today’s solar eclipse, this one should scare us all.

Let me go back to the eclipse that many of us will be looking at in the heavens today. Scientists can pinpoint exactly when and where we can see it in our slice of the northern hemisphere. They’ve calculated the path of totality and, by doing so, spurred millions of people to migrate to locations along the path (it turns out there’s more to Oregon than great Pinot Noir). Think about how amazing this is for a minute; we can pinpoint the best viewing locations to watch our moon pass in front of our tilted and spinning earth and block out the star that we revolve around. That’s some complicated math – that someone was able to do this in the 19th century without the benefit of an electronic computer or calculator blows me away.

You know what blows me away even more? How we let disparate hate groups including Neo Nazis, the Ku Klux Klan, and other white supremacists march with torches through a college town and shout chants of hate.

People who know me well respect my privacy when it comes to politics. To put it simply, my views are my views and I’m not one to take to social media to either support my political leanings or challenge the points of view of other people. Look in your own news feeds – there are enough people who do that and you don’t need another person to either be upset with or agree with. I’d rather use my platform to give you a laugh (and oftentimes I miss the mark on that). The one thing I’ll share about my political leanings is that I distrust anybody who tries to convince me that they have my best interests at heart. It doesn’t matter to me if a candidate is left, right, or center – I distrust them all. Is this too cynical? Perhaps, but it forces me to consider my vote carefully. As such, I’m a vote the person and not the party type of guy.

I pride myself on not letting my political leanings eclipse my value system. I am open to the points of view of others and don’t simply surround myself by media or people with whom I always agree. I intentionally expose myself to people whose points of view I object to. Why? Because by doing so I just might understand someone else better and have the chance to open myself up to the possibility that I might be wrong about something — this week I was very wrong about something.

My wife and I were talking about what happened in Charlottesville and we both agree that the disparate groups who gathered under the guise of protesting the removal a statue of Robert E. Lee from a park are wicked human beings. Robed (and un robed for that matter) Klan members, Neo Nazis, and other white supremacists are people whose viewpoints we find horrifying and unspeakable. While I believe these people are a stain on our country, I argued that they had a right to gather and march and used free speech to defend my point of view. I was wrong.

I want to go back to science as a way of underscoring a point. Newton (Isaac, not Fig) has three laws of motion:

Back to that argument I was having with my wife — I agree that we cannot deny free speech to people whose viewpoints we disagree with (this was the core of my argument) but have come to believe that as with other rights, free speech has a limit and that limit was passed in Charlottesville.

The example that many people give when talking about the limits of free speech is not being able to shout “fire” in a crowded theatre because doing so may lead to harm to others (action – shouting fire. Reaction – hysteria and people getting trampled). When white supremacists gather and march and provoke others with chants such as “You will not replace us, Jews will not replace us” while waving symbols of fear and hate, the limit of free speech has been reached as it leads to violence and harm (action + reaction).  In the case of Charlottesville, it lead to the death of three people including a 32-year-old counter protester and two state troopers as well as injury to 19 others (this doesn’t account for emotional injury related to seeing hate incarnate).

The President was given an opportunity to bring this country together by denouncing the hate that was on display in Virginia last week, he chose not to do that. By dividing blame between the white supremacists (action) and the counter protesters (reaction), he demonstrated that playing politics trumps the non-negotiable denouncement of evil that was on display in Charlottesville last week (pun totally intended).

What’s more appalling to me than the President’s lack of outrage at neo-Nazis and Klan members walking the streets of America is the fact that so many people have chosen to use their own social media platforms to support him rather than to denounce the hate which lead to violence. For example, Mitt Romney criticizes the President’s response to Charlottesville and people are outraged that he would speak out against a fellow Republican — sentiments that “It’s not Trump’s fault” run rampant in the comments section of his post.

Imagine for a moment that you are at Heather Heyer’s funeral (she’s the woman who was killed when a car plowed into a crowd of counter protesters) and you come face to face with her mother or father. Would your condolences include your belief that her death wasn’t Trump’s fault or would you condemn the violence that led their daughter’s life to be cut short?

What would you tell the Jewish children of Charlottesville who have now come face to face with the same evil ideology that sent six million of their ancestors to their death in concentration camps? Would you start off with, “Now remember children, the president had nothing to do with this,” or would you vow to protect them so that what happened in Europe in the first half of the last century would never, ever happen on our soil or anywhere else in the world?