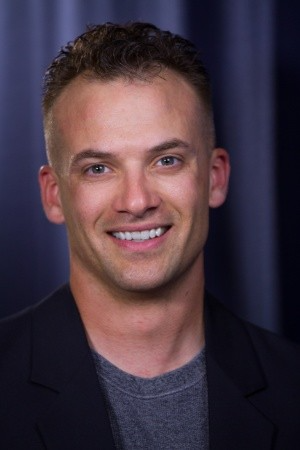 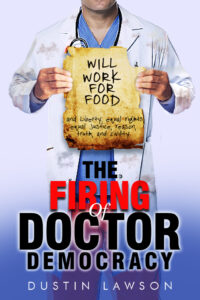 It’s not every day that I get to talk to someone as interesting and, dare I say, enlightened as author Dustin Lawson. I’m excited to announce that today was one of those days!

Throughout high school and college, Dustin worked as a lion and tiger trainer at a big cat reservation in Ohio and dreamt of becoming the next Jungle Jack Hannah. Fun fact, one of the animals he cared for wound up at Carole Baskin’s big cat sanctuary down in Florida (I hope she didn’t feed her late husband to it).

Just as Abe Froman was the sausage king of Chicago, it’s quite possible 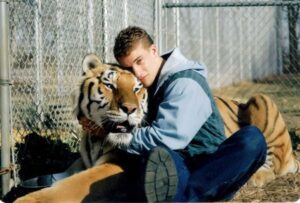 that Dustin may have become the Tiger King of Ohio if his pastor hadn’t encouraged him to find his calling outside the world of lions and tigers. Thankfully, he did, and after college Dustin spent a year traveling the world as the personal assistant to an author. During his travels, the writing process was demystified, and Dustin found his true calling as a writer. Though I’m getting ahead of myself; an important part of this author’s story is his time in the military or, more accurately, the time he spent trying to get into the military. As a cancer survivor, the military rejected him 13 times over the span of five years before giving him the green light to serve. I joked with him that this experience with rejection was a great warm-up to becoming an author, as rejection definitely comes with the territory. 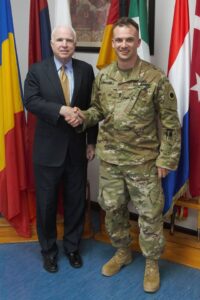 I’m glad he persevered as a writer because his latest book, The Firing of Dr. Democracy, could be just what our country needs right now. The book introduces us to the fictional character Dr. Democracy, who was created by our founding fathers. Fired by a democracy he helped keep alive for more than two centuries, now unemployed and homeless, Doctor Democracy takes a group of cynical teenagers in town on their senior trip on a midnight tour of Washington D.C. to try and convince them to rise to political power and rehire him so he can help keep democracy from dying of its addiction to partisanship and propaganda.

My conversation with Dustin not only covers his path to becoming the author of nine books, but also what he shares in common with the late Sam Kinison, how a crisis of faith led to a major career change, and how he came to meet the late Senator John McCain. We also discuss enlightenment principles, how the rise of cable news, extreme partisanship, and social media threaten those principles, and what the vaccine to these threats might be. Happy listening!