Not all gifts were under the tree 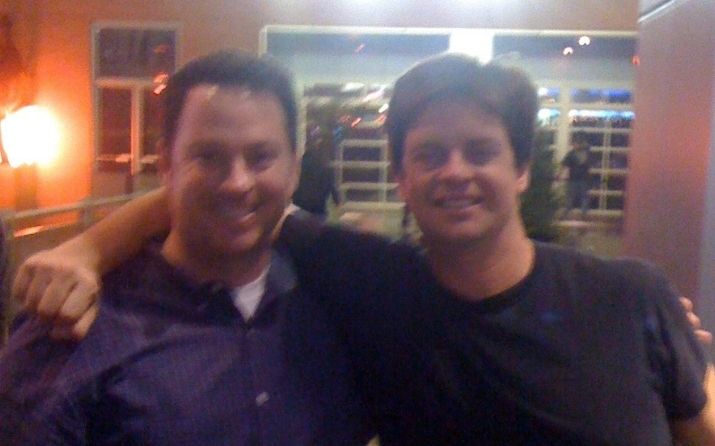 Traditionally, all of our Christmas gifts are placed underneath the tree in our family room. Even though our kids are nineteen years old, they insist that gifts not be placed under the tree until after we all retire for the night on Christmas Eve. While I appreciate their wanting to hold onto some belief in Christmas magic, the reality is that it is a royal pain in the backside to transport what always turns out to be too many presents in the middle of the night after consuming a few glasses of Christmas cheer. On Christmas morning, though, I was reminded of something I know to be true in my soul—not all presents are wrapped in boxes under the tree. Not all the ones I received this year, anyway.

There was a big gap between opening presents on Christmas morning and when we were expected at my sister’s house in the afternoon. I decided to fill that gap by treating myself to a long run, so I laced up my Asics, cued up a podcast, and hit the windy and hilly streets of North Stamford.

Jim Breuer is one of my favorite comedians and his new podcast is one I’ve been enjoying recently. In this episode, he talked about the sadness he felt after the loss of his father. As a side note, I met Jim’s dad by accident in Louisville, KY when I went to see Jim perform while I was on a business trip. I saw an old man sitting alone and my heart went out to him, so I asked the waitress if I could buy him a beer and, after checking with the man, a Budweiser was on its way to him. I didn’t realize who he was until after the show when Jim wheeled him out after a meet and greet.

Jim talks about his dad a lot and took great care of him in his final years. In the episode I was listening to on Christmas Morning, Jim talked about how a cardinal started appearing at his house after his father passed. Some people believe that a cardinal appearing in one’s yard is a sign that a loved one who has passed is nearby and Jim reflected on that quite a bit in the episode. It got me thinking about something that happened in my house a few times this summer. I opened the front door to let the dogs out and on three separate occasions a bird flew into my house. While we did have a bird that nested in the wreath on our front door, I knew this wasn’t that bird, or one of its babies, as they had left the nest a while back. This was a new fella, and flew directly into my dining room, where I closed the door to trap it. I then opened some windows and the little guy escaped to freedom.

It came back a month or so later, but this time hung out in the kitchen for a bit. After opening the door leading out to our porch, it took its leave. Easy enough. The third time, however, it gave me a run for my money. This time it flew upstairs and made its way into the master bedroom. After closing the door and opening the windows, I realized the little guy really had no interest in leaving. It bounced back and forth from one end of the room to the other. It hung out in my closet for a bit, criticized my wardrobe, and even sought cover under the bed. After about twenty minutes, armed with an empty shoebox, I trapped it and let it go outside.

While running, I was thinking about this experience and, after hearing Jim talk about birds representing the soul of a loved one, I started to feel bad for chasing it away on three separate occasions. What if it were a loved one trying to tell me something and I just chased it away without appreciating its presence? It made me wonder who else I may have chased away from my life due to my own impatience or indifference. So that was gift number 1 that wasn’t under my tree—the idea that I have to stop chasing things away.

Gift number two came after passing the home of a friend and former colleague who just lost her husband to cancer. I knew he’d been sick because my friend Gail stepped down from her C-Level job to help take care of her husband, Craig. I received word that he died just before Christmas and as I ran by I noticed a tent in her back yard where the family held a memorial service for him. I knew Gail through our time together at Unilever, but didn’t know her husband that well and I certainly didn’t know them as a couple. In his obituary, though, I learned that the two had met when he was in medical school and she was in law school and that he had battled cancer before. The obituary read like a love story and it made me sad to think about Gail and her two kids living without Craig in their lives.

As I ran by, I saw the tent and thought about how they celebrated his life (I caught some of the service live streamed on Facebook). I thought about how Gail made the sacrifice to put her career on hold to spend more time with her husband and how resilient her children are. I thought about the love they had for each other and how they navigated through life’s changes and challenges together and faced them head on. It made me happy to think that, while this chapter in their lives is over, that such a strong love existed between them. So there’s the second gift I received on Christmas that wasn’t under our tree—being a witness to true love (if even from afar), even in the face of extreme sadness.

As my run was coming to an end, I passed by a young couple walking their dog. They were holding hands, which caught my attention because when my wife and I used to walk together in the neighborhood we’d rarely hold hands because each of us would typically be holding a leash and one of the dogs at the end of the leash (for the sake of argument, let’s refer to him as Murphy) was a puller, making the act of handholding impossible.

As they turned to make a right onto a side street, I noticed the outline of a baby bump in her side profile. I smiled at the notion of love bringing new life into the world, which is appropriate for Christmas morning if you think about it. While the first two gifts I received were somewhat inspired by loss, this final one was all about new life, and all of the wonderful possibilities that could result from it, and I thought about it as I pushed through the last mile back to my house.

While I loved all of the things I was fortunate to unwrap this past Saturday morning, I’m grateful for those gifts that were revealed for me on that run. I know that syntax sounds funny—revealed for me and was initially inclined to write revealed to me, but changed it because I really want to take the time in 2022 to reframe my way of thinking as things happening for me vs. to me because doing so will help me see that everything I experience has the opportunity to teach me something. If something happens for me, I can learn from the experience and find deeper meaning in it. If something happens to me, I might have the tendency to react to it or, worse, lament it. Maybe that’s a fourth gift—the gift of reframing something that could be negative into something that can only be positive. Something to ponder as I head into 2022.