Forgiveness is Freedom, with Giovanni Ruscitti 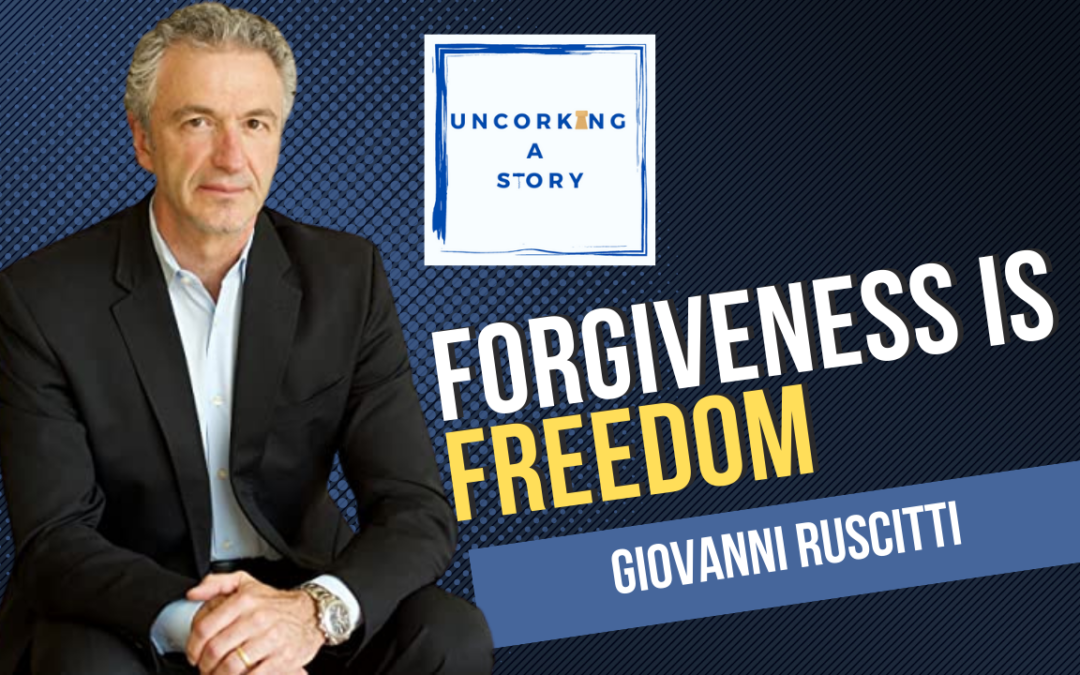 For the past twenty years, I’ve been the father of triplets and so much of my identity is tied to my role as father. But what happens when they fly the nest and begin living independently? I’ll admit it, I had a bit of an identity crisis when they went off to college and it took me some time to identify with other parts of my identity that I had suppressed or even forgotten.

Today’s guest, Giovanni Ruscitti, only discovered a significant part of his identity later in adulthood upon visiting his father’s ancestral town in Italy. His father fled Italy in 1943 after the Nazis came in and, after surviving in the mountains for a while, managed to immigrate to the United States where he worked a series of odd jobs while beginning and raising a family.

Giovanni is a first generation Italian-American who grew up in Frederick, Colorado, a small coal mining town that his

parents and grandparents immigrated to in the 1950s and early 1960s. He is a nationally recognized attorney, arbitrator, and mediator, as well as a frequent speaker at national legal events and was named as one of the most influential business leaders in Colorado, and has served on numerous non-profit boards. Giovanni joined me today to talk about his memoir, Cobblestones, Conversations, and Corks: A Son’s Discovery of His Italian Heritage.

“Forgiveness is freedom. Most people are doing the best they can under the circumstances with the tools that they have. I learned that from my father and was able to forgive the things that put us apart for a period of time. I’ve learned you have to try to understand why someone is doing what they’re doing and who they are. Don’t be so quick to judge.” — Giovanni Ruscitti

Buy: Cobblestones, Conversations, and Corks: A Son’s Discovery of His Italian Heritage

If you like this episode, please share it with a friend. If you have not done so already, please rate and review Uncorking a Story on Apple Podcasts, or wherever you get your podcasts.