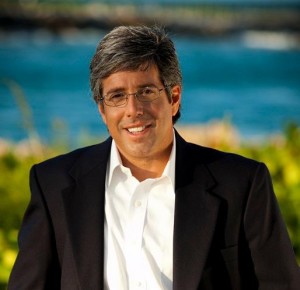 I recently had the opportunity to sit down with Dave Mezzapelle, a serial entrepreneur who founded the Contagious Optimism movement (www.contagiousoptimism.com).  He truly believes that we all have the capacity to make optimism contagious just by sharing our life’s adventures. That belief, along with a push from his Alma Mater Fairfield University, fueled Dave’s desire to write and publish a bestselling book series that contains real stories from real people around the globe demonstrating that every cloud has a silver lining. Today, the Contagious Optimism movement has grown beyond books to include TED talks and a series of Contagious Optimism LIVE events featuring  powerful talks from real people around the globe accompanied by music and entertainment.

I met him at the Co 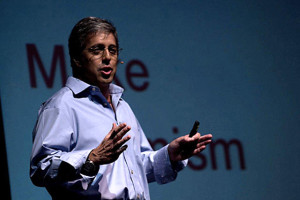 ntagious Optimism offices in Jupiter Florida and I must admit that finding the office was a bit of a challenge as his road has multiple names.  Giving up on my GPS, I called Dave to see if he could guide me in and when he asked me for a landmark I looked around and saw a sign for Carlin Park – I took it as a sign that I was on the right track!  The interview began a bit shakily at first given I was “greeted” by one of his dogs who used my Achilles tendon as a chew toy; fortunately for me I’m not that tasty and the dog turned his attention to something else.

As you listen to this interview you will agree that Dave is a fascinating guy and will quickly come to understand how someone like him could establish a movement called Contagious Optimism; he’s one of the most optimistic guys I have ever met. He as the ability to put thought into action and we discuss this quality at length in the interview.  I am coming to see how important that characteristic is in predicting one’s likelihood of success in any of life’s endeavors and the role optimism plays (why else would someone pursue an idea unless they believed they could work?).

Listen up as we talk about his early entrepreneurial initiatives and how he made lemonade out of lemons after his plan to work for IBM after spending three of his college years there as an intern took an unexpected turn.  Additionally, you will hear his take on the power of self discovery and why it is critical to always remind yourself of what your goals are.  Don’t miss the last five minutes of this interview when Dave gives his younger self three pieces of critical advice that he has learned in his journey of keeping his glass “completely full.”

Since we want to help make optimism contagious, the first 10 people to share this interview on Twitter will receive a free Contagious Optimism tee-shirt! Just go to our feed @uncorkingastory and use the #contagiousoptimism when you retweet!

As always, your feedback is welcome. Feel free to let us know what you think by emailing your comments to mike@uncorkingastory.com. Happy listening!