Wrinkles only go where the smiles have been 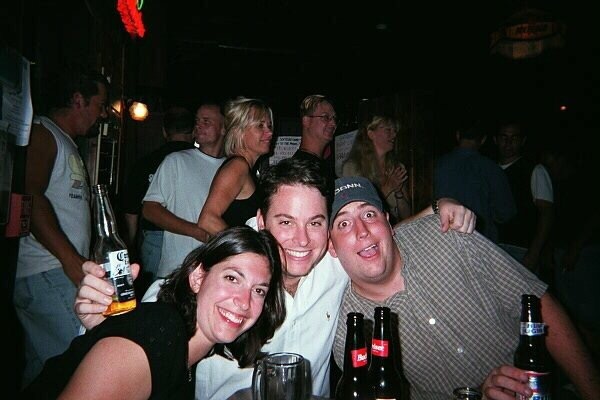 This week I was fortunate to spend some time with a few amazing people.

I had not seen my friend Michele in almost 15 years. We worked together at Modem Media in the early days of interactive marketing and she relocated to Austin after leaving CT. We were part of a crew in our early twenties that worked hard and played harder at a time in business that could best be described as The Wild West.

When she heard I was coming to Austin she went out of her way to make sure we got together – which is impressive given I was working until 10 every night and these were “school nights” after all.

I met her at a restaurant near my hotel and if we had not seen each other in 15 years you would never know it. It felt so good to reminisce about the past and catch up on the present. I shared pics of the kids and she shared pics of her dogs (she and her husband do not have any children other than the 4 legged variety).

During the course of our conversation her Apple watch reminded her to take some pills and she mentioned that she has had a rough time health wise over the past few years. She admitted that large chunks of her body are missing – I didn’t press for any more detail and she didn’t volunteer any but it doesn’t take a genius to deduce what she went through.

But many smiles and laughs were had. In fact she smiled most of the night. It is clear she is living for the now – not the “then” or the “what might be” but the “now.”

The other person who amazed me this week was one of the clients I have been in the field with for the past two weeks. Last night we completed our 36th hour of focus groups on her brand’s positioning and we celebrated with a late team dinner. During the course of the meal she asked to see pictures of my kids and showed me a picture of her son (he hopes to be a video game designer some day).

I asked her what her husband did for a living and she admitted that she no longer had a husband – he died suddenly two years ago leaving her and their son living alone in a new city (they had recently moved down south). She wanted to move back to the northeast but her son begged her to stay in their new town as he didn’t want any more change.

The whole time she spoke of her son and even of her late husband she kept a smile on her face. I’m not sure if I could do the same, losing my wife wouldn’t just be losing a spouse but losing my best friend. We practically grew up together and I’m not sure how I would carry on.

These two smart, courageous, and warm women reminded me that life isn’t always easy, and it certainly isn’t always fair, yet we have a choice to either let life beat us up or smile in the face of adversity. I hope that when life gets rough I’ll be able to do the later.