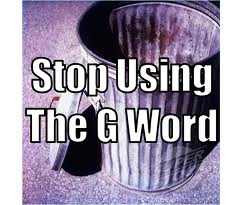 It is very hard for me to believe that my kids will be graduating from grammar school next week.  Actually, the school does not refer to it as graduation; they refer to it as “moving up.” G, P, and M are going to middle school and I am already seeing signs of the changes that they kids they associate with are going through; and not all of those signs point to moving up; some point to moving down.

My wife and I have always been very active in our school community. There are two classes per grade at the school where our kids attend and since we have triplets we have become very familiar with all of the kids in their grade.  In the younger years, everyone played with everyone.  As the kids matured, little cliques formed and now kids are starting to pick on each other.  Some are getting to that unfortunate point where they start showing their supposed dominance over each other by picking on the flaws or perceived weaknesses in others.

I wish I could stop it but I know everyone goes through it; either on the giving end or the receiving end (when I was young, I was in the later group).  My children are good children.  They are kind to others, respectful of their teachers, and good students.  From a parent’s perspective, they have few weaknesses.

Recently, though, an event happened which broke my heart.  My son came home and told my wife that a friend told him that another friend said that he (my son) was gay. My heart was not broken at the prospect of my son being gay; my son will be who he was born to be.  I know he does not show an interest in athletics and in that regard, he is just like me.  He’s into art, music, and even took a dance class a few years ago (unfortunately for him he dances as well as I do). No, my heart did not break at the accusation; my heart broke at the prospect that another child – whom my son considers a friend – could have hurt his feelings.

My son did not seem overly upset by this. I would love to believe that it’s no big deal to him because he does not look upon the accusation of being gay as a bad thing. That said he is only 11 and I am not sure how much he fully comprehends heterosexuality let alone homosexuality. When my wife dug a little deeper he said to her that he did not believe someone he considers his friend would say anything bad about him.

I know that this is the first of many accusations that will be thrown at all of my children as they enter a new phase of their lives.  Importantly, though, we as parents need to do the following:

I know that if we provide these tools to our children they will be better for it.  They will come through the hell that is middle school stronger than when they entered.  As a parent, though, you never want to see your children get hurt either physically or emotionally.  We would love to be the shield that prevents them from getting hurt; however, I know the best we can do is to give them the right tools to create their own.