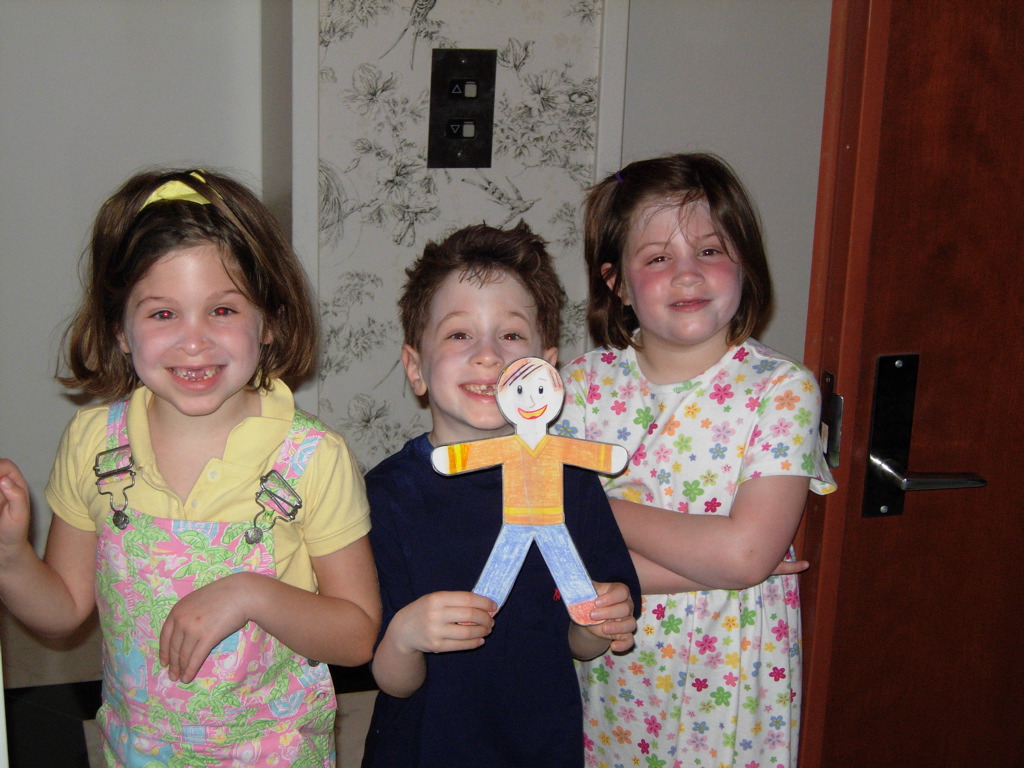 While we were in the process of starting our family, 9/11 happened.  I remember my brother remarking one night, “How could anyone want to start a family after this? Who would want to bring a child into this world?” My wife and I were silent because, during that time, we were aggressively in the process of trying to do so.

We received the good news a few weeks after that Tuesday in September.  The doctor told us it was likely twins because of my wife’s elevated estrogen levels. Somewhere in the beginning of the second trimester we learned that we were not having twins. In fact, we were having triplets.  I am pretty sure it was Patrick who was hiding on us during the first 3 ultrasounds where the third baby went undetected (and he has been playing practical jokes on us ever since).

I’ll never forget the night they were born. My wife had gone into premature labor when she was just over halfway through her term (about 22 weeks).  She was then put on bed rest at home and given some medication to prevent contractions.  At around 26 weeks that medication started to wear off and she had to be admitted into the hospital for supervised bed rest until she delivered.  She made it to 31 weeks; a little over 2 months shy of carrying to term.

One evening my wife complained about some discomfort and was given an exam at which point the nurse told us she was 3 centimeters dilated.  “Does that mean I will deliver in the next few weeks?” my wife asked innocently enough. “Weeks,” the nurse said, “you are going to deliver in the next couple of hours!”

At that point, everything happened at warp speed.  My wife was taken to pre-op where they prepared her for a C-Section.  My mother in law was called and joined us at the hospital.  I felt as if I needed some more support so I called my big sister, Mia, who came down to the hospital at around 2 am.  She was followed by Nick Cappiello, my closest friend since 4th grade. This makes me feel bad about “outing” him over the airwaves of Pace University’s radio station where he was a DJ during his freshman year in college.  Nick’s is not really gay but for some reason the 18-year-old Mike Carlon thought it would be funny to say that over the air.  Sorry again Nick!

Grace, Patrick, and Maggie were born at 2:07, 2:08, and 2:09 respectively.  None of them were over 4 pounds; Patrick wasn’t even 3 pounds.  They were fighters from the beginning and, for better or for worse, they have not stopped fighting since! Within a year they were all “on the charts.” Now my girls are two of the tallest in their class and my son is right where he needs to be.

I have learned a lot over the past 11 years and would like to share some of the lessons that I’ve absorbed.

The past 11 years have been a whirlwind.  We spent so much of it waiting anxiously for a new phase to begin (i.e. to sleep through the night, to walk independently, to communicate clearly, etc.). This came at the expense of not fully living in the moment when they were really small. We missed a lot – it’s not that we weren’t there, its just that we were always waiting for them to grow.  Now I find myself thinking the opposite – I want them to slow down!

I have come to realize that my job as a parent evolves around one central description; nourish to flourish.  The way we nourish them changes. In the beginning it literally meant feeding them every few hours so they could thrive. Of course we still have to feed them, but nourishment today is much more than a caloric definition. We need to instill in them the ethics and values they need to succeed in life.

Likewise, to flourish means more than simply helping them to grow up healthy. It means helping them become good people, people who are kind to others and individuals who use their talents to make the world a better place.    My children all have their strengths and weaknesses academically but I give most credence to the comments section on each report card. Most of the time I read comments about how my children are respectful, kind to others, and always willing to lend a helping hand to someone in need. That means more to me than any letter grade!

I am not always the best parent i can be. I oftentimes lose my temper and am short on patience. I am not always fair and there are times when I say yes to them when I should say no and times when I say no to them when I should say yes.  The only thing I am certain about is that I will continue to make these mistakes as they continue to age.  That said, I look forward to every minute of it.