There goes my hero(s) 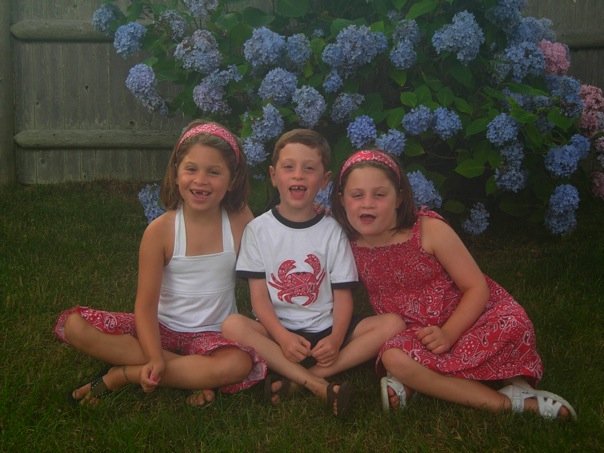 I am having a hard time reconciling the fact that 12 years ago I was sitting in a hospital room with my wife just shooting the breeze while she complained about discomfort “down there.”  The truth is that the two of us didn’t think much of it. Nicole had been in the hospital on bed rest for the previous 6 weeks due to premature contractions. Bed rest is not for the vain; when our doctor ordered bed rest, he meant BED REST. No getting up for any reason – biological or psychological.  Fortunately, for us, my wife was on bed rest during Lent and most of the nurses in labor and delivery were Catholic. I bought them a pizza every Friday and, to show their appreciation, they let my wife up to use the bathroom. One would escort her to the bathroom while another would play “lookout” to make sure our doctor didn’t make a surprise visit (which he was apt to do). When you think that you are having a bad day, just let the fact that my wife’s use of the bathroom was contingent on an “Ocean’s 11 scheme” sink in.

So April 15th rolls around and the pain comes; not only because it is tax day but because the Carlon 3 wanted out – PRONTO. At that point, Nicole was at 31 weeks; 9 weeks short of full gestation. We know that multiples are expected early – but over 2 months is pretty darn early. The pain gets so bad my wife calls for the nurse who eventually calls the doctor on call.

“Does that mean I will be giving birth in the next few days?” my wife asks.

The doctor looks at her judgmentally and replies, “No, the next few hours.”

From that moment everything is a blur. I did what every person in my position would do; I call my mother in law to let her know that her daughter is about to give birth, I call my sister Mia because my mother was down in Florida and Mia was the one who would always take care of me when my mother could not, and I call my closest friend Nick Cappiello because, for lack of a better term, I was scared shitless and Nick is typically C3; calm, cool, and collected.

Now there was a whole bunch of drama between when my wife felt the first contractions and when the babies came; but this post is meant to be about them, not us.  At 2:08 am Grace is born first.  I remember hearing her first cries and seeing the confusion on that tiny face (3 pounds, 5 oz) and from that second forward she had my heart.  Patrick came second at 2:09 (2 pounds, 10 oz) and Maggie came out last at 3 pounds, 10 oz). We didn’t realize it at the time, but from the moment of their birth, our three were in the fight of their lives.

There were times when they stopped breathing. At other times, the doctors and nurses could not get their feeding tubes in. Perhaps the biggest battle they faced was being sent home too early because the insurance company decided they were healthy enough to leave; an opinion that the nurses in the neonatal intensive care unit (NICU) did not share.  They shared this opinion months later when, upon a visit to the NICU to show our appreciation to the staff for the health of our miracles, nurses told us that the night before he was sent home, Patrick “crashed.”  Due to our puzzled looks the nurses explained that he stopped breathing on his own and needed to be placed on a respirator. Still, Paddy was in our care the following day.

Our three did face an uphill battle. Typically “preemies” are sent  home only after they reach the 5lb mark but ours came home slightly over 4 lbs with the exception of Mr Patrick who was almost 4 pounds.  They had to eat every 2 hours – around the clock – no exceptions (we are still sleep deprived as a result). Also, when you are born over 2 months early your organs aren’t as developed as they should be. As a result, we spent some time with multiple specialists, namely lung doctors because their lungs were not fully developed and eye doctors because preemies tend to have issues with their vision.

Before he was two, Patrick wound up in a full body cast because he managed to break his femur.  Grace had a few overnights in the hospital as a result of pneumonia, and Maggie had multiple trips to a neurologist because everyone felt her head was too big for her body (she will never live that down).

What’s the point of all this? My children often tell me that their homework is too hard. Sometimes they tell me that they just don’t understand something and want to walk away and give up what they are working on. How can we show them the fight that they have in them?  They are fighters after all; there were a few babies in the NICU with them who did not make it.  We saw our fair share of Roman Collars administering last rights to those who were born less fortunate.  So when something new appears hard to them I just want to hold them and say – this isn’t hard. You are a fighter and will overcome it!!

Perhaps one day my children will look up to me and tell me that I am their hero. After all, I consider my father a personal hero of mine so perhaps my kids will think of me as such. The truth is, I am no hero.  I show up and do what I am supposed to do. It is a said state of affairs when simply living up to what is expected is considered admirable or, in this case, heroic. The truth is, my wife is a hero; she carried our three and gave them life. Grace, Patrick, and Maggie are each my hero because they fought like hell to live when the odds were not stacked in their favor.

The human spirit, when given a chance, has a strong will to live. I learned this from three premature babies who, together, weighed less than the combined weight of the presents they will open in the morning. Those three have taught me volumes about myself since 4/16/2002 and, no doubt, they are not done teaching yet.