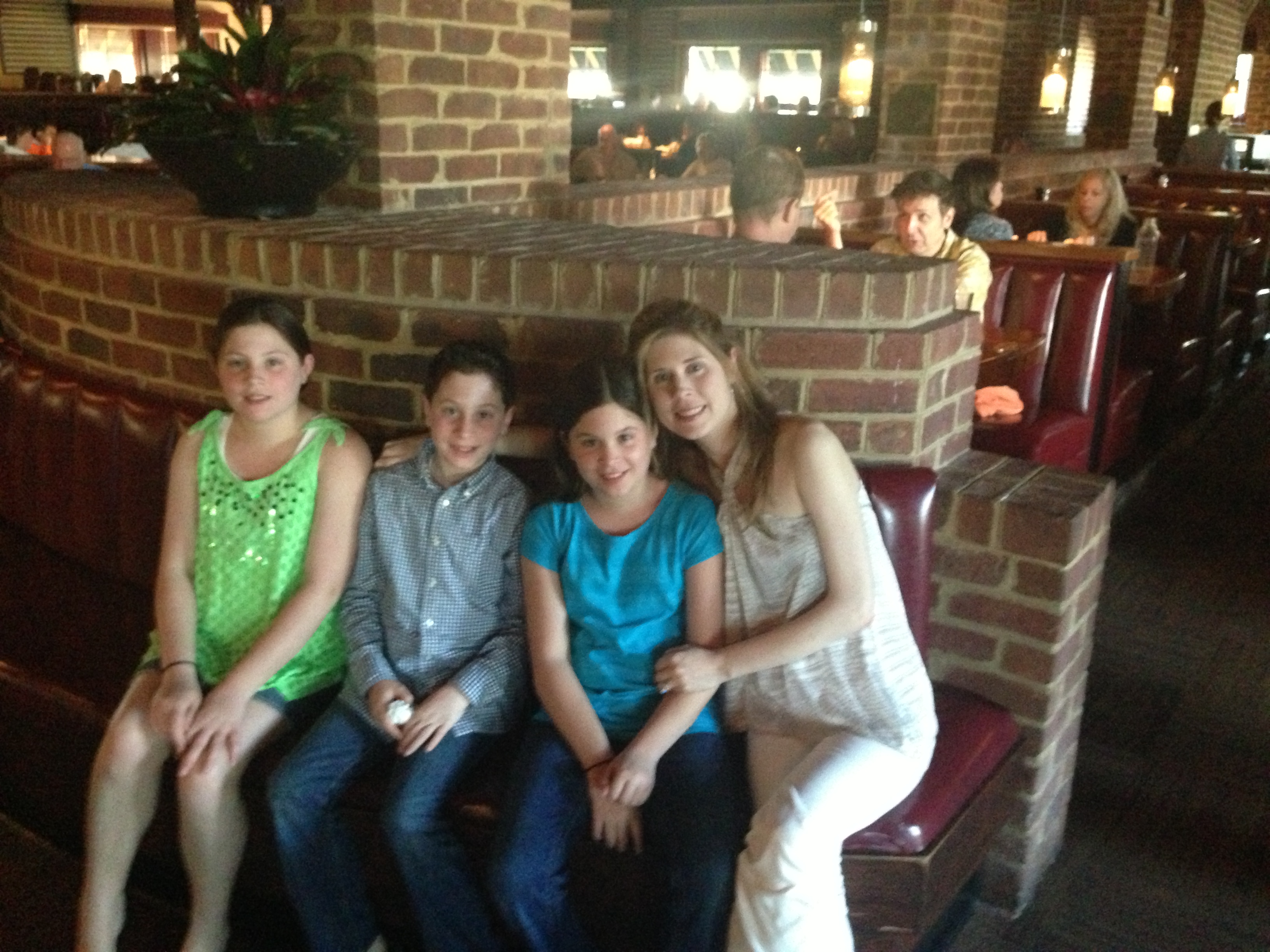 Our triplets were born 9 weeks early in 2002; they weren’t due until June but decided to make an appearance in mid April. They struggled at first but eventually thrived and all came home from the hospital on Mother’s Day 2002. Well, to be fair, Maggie actually came home on Friday while Patrick and Grace joined us on Sunday (Maggie always has to be first).  Since then, my love for my wife has grown daily as I see how she continually evolves into her role as mother.

There is no one else on this planet who will love us like our mothers do.  I wrote the piece below last year for the Stamford Advocate and it got picked up by various newspapers in Connecticut.  I did not always comprehend the lessons my mother was teaching me when I was growing up but as I reflect on my childhood I now understand that my mother helped form me into the person I am today.

While I see the hormones in our children starting to flare, I also see the tensions arise between our children and their mother.  I am comforted in knowing, however, that some day a lightbulb will go off in their heads when they realize how much their mother has actually done for them; from packing them homemade lunches to serving on the various boards of their schools, to disciplining them when they get out of line to making them serve others.  I just hope I am around to hear them say, “Thank you mom – we get it now.”

When I was in the fifth grade my mother informed my twin brother Jimmy and me that we would become altar boys at our parish. We were not asked for our thoughts on the matter as it was a statement, not a question. We were nervous at first. After all, the nun in charge of training altar boys (there were not altar girls back in those days) warned us to be on our best behavior while up on the altar because everyone in the congregation would be looking at us during the service. I can assure you that there is nothing better to stir a 10-year-old’s nerves than to tell him that he would be under the close scrutiny of a hundred or so people. Eventually our nerves subsided and we became comfortable serving Mass.

When I was 13 my mother informed me that a friend of hers, Lawrence Lasagna (or Larry Lasagna as I referred to him) needed someone to help him trim the bushes around his property. By this point in my life I was able to predict what came next. Instead of waiting for mom to tell me that I had been anointed the pruner of hedges for Mr. Lasagna, I beat her to the punch and asked, “When do I start?”

Over the years various “volunteer” opportunities would come my way. I would mow lawns, take care of dogs while neighbors were on vacation, and even scrub the floor of a convent on my hands and knees (and I thought the latter was for teenage girls “in trouble”). Jimmy, God bless him, was usually able to find a way out of these activities but I never could.

I am better today as a result.

The activities I was “coerced” into doing during my childhood by my mother did not come with a financial reward (give or take a few bucks made at the funerals and weddings I served as an altar boy) but they did pay dividends in other regards:

1. Becoming an altar boy helped me feel comfortable while standing in front of large groups of people. I do a lot of public speaking and presenting in my current job and I do believe my comfort level in front of strangers is partly attributable to my being an altar boy in my childhood.

2. I learned that while being in the service to others on a volunteer basis was not the path to riches, it did come with rewards. I always felt good after doing some type of volunteer project even though it meant I had to sacrifice my own free time.

3. In my current field I have clients who hire me for my skills. As a result of the volunteer work my mother had me perform as a child, I have developed a service-minded orientation. When discussing a potential project with a client, I tend to listen for their needs and how they define success. While doing so, I internalize their needs and even begin to feel a bit of empathy for what they need to accomplish. As such, I don’t view my success purely by considering the profit I will make on a project but largely by how well my clients accomplish their own goals.

While reflecting on what I always considered to be a frustrating part of my childhood, I learned that oftentimes we don’t appreciate the lessons we are learning at the time we are learning them. However, the seeds that are these lessons will eventually bear fruit later on in life; though it sometimes takes a more mature perspective to connect all the dots.

I would like to take this opportunity to thank my mother, Arlene Carlon, for the example she set for me while I was growing up. While I did not appreciate what you were teaching me at the time, I am a better person because of your influence. Happy Mother’s Day.